Opened in 1883, Volk's Electric Railway is the 'world's  oldest operating electric railway'. The brainchild of inventor Magnus Volk the narrow gauge railway runs for just over a mile along the English seaside resort of Brighton. Although operated by Brighton & Hove City Council the railway has a dedicated supporters group, the Volk's  Electric Railway Association (VERA) that provides active assistance to the  railway's full time staff.
Today the line runs between terminal stations at Aquarium (a short distance from the Palace Pier) and Black Rock (not far from Brighton Marina). The line has a gauge of 2 ft 8 1⁄2 in and is electrified at 110 V DC using a third rail with single line running throughout. A passing point is at Halfway Station.  The line speed of the railway is low enough that it is essentially operated as a heritage railway.
Operated as a historical seafront tourist attraction, the railway does not usually run during the winter
months, and its service is also occasionally liable to suspension due to severe weather or maintenance issues.
www.volkselectricrailway.co.uk 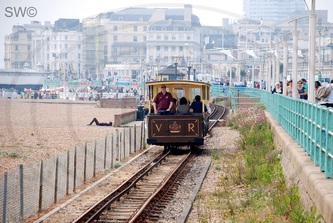 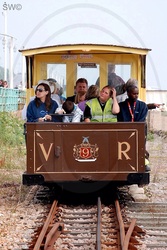 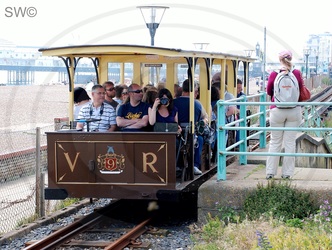 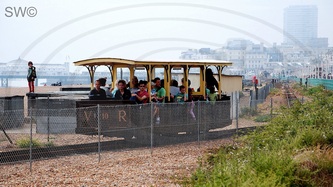 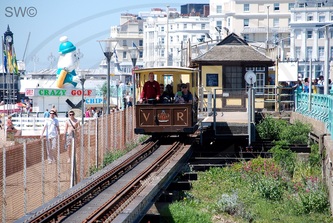