What better way to spend 9 hours than travelling in the cabs of locomotives up and down the East Coast Main Line?  It was all down to the generosity of Mick Barstow who is a driver and driver trainer for East Coast. With official cab passes, myself and fellow photographer David Stapleford eagerly boarded at
Peterborough for the first leg. Electric loco 91132 was in charge of our journey to Newcastle.  My jaw dropped a little as this loco has been involved in 2 major accidents in its career. Superstitious? Well railwaymen are as the loco was renumbered as a consequence. I've travelled on thousands of trains and I still get a buzz boarding one even now. But being in a cab is a whole new experience. What is strange is the no sense of speed. Maximum line speed is 125mph and it does not seem you are travelling that fast.
Nick Green managed to photograph us from a line side position. Many thanks for capturing that moment.
Mick surprised us at Kings Cross by letting us have a go on the Rail Simulator. A very impressive piece of kit to train drivers up on. I had 20 minutes on that but I could have done a few hours quite easy. Very
enjoyable.

Many thanks to Mick for this terrific opportunity. You know that feeling of being a kid in a candy store?    This was it. 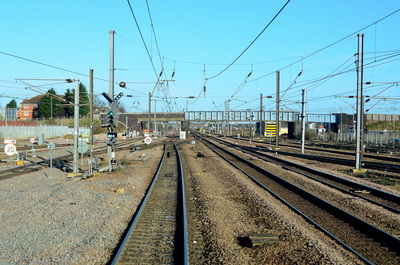 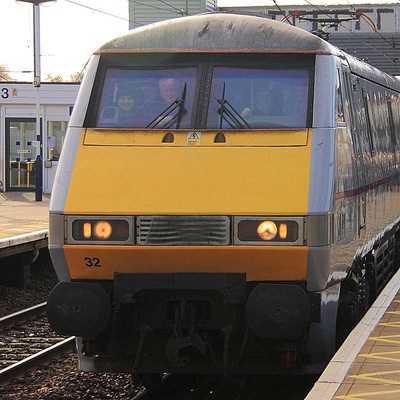 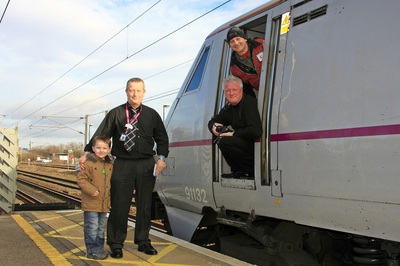 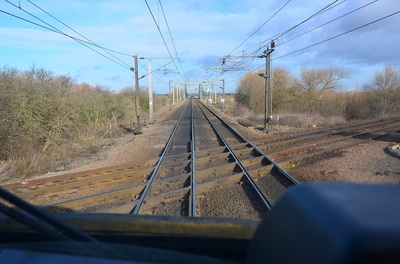 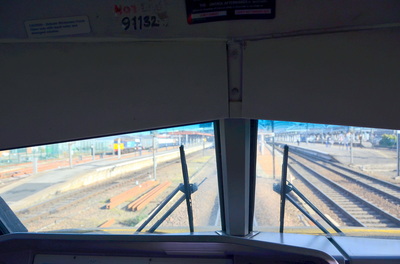 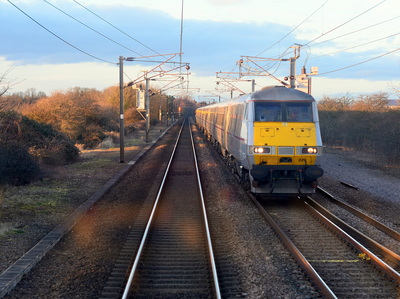 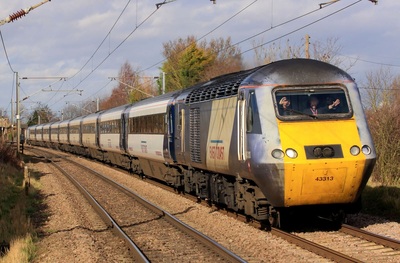 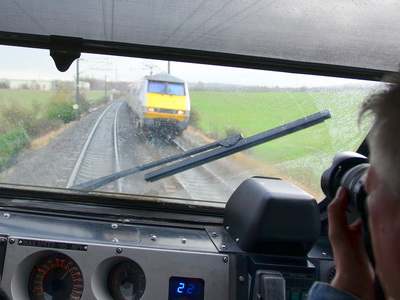 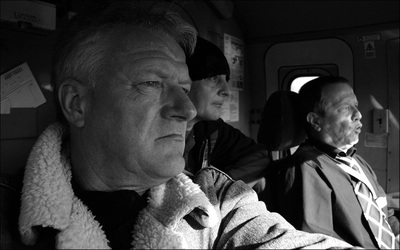 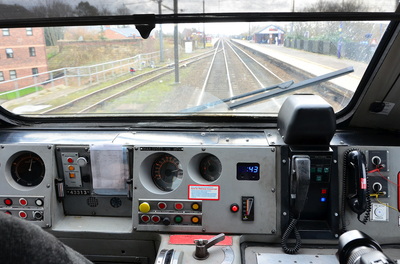 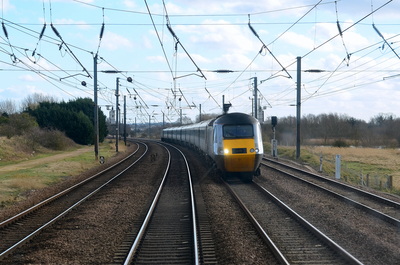 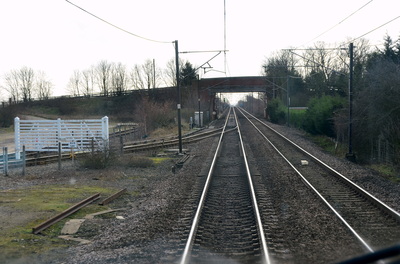 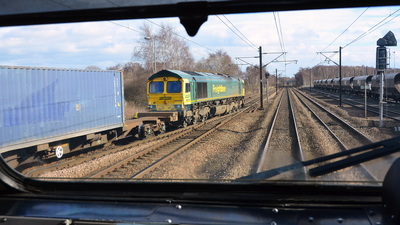 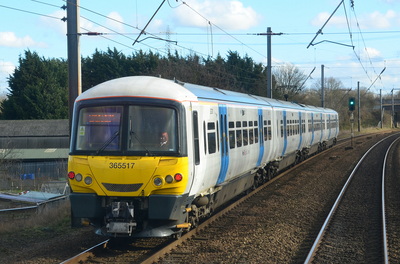 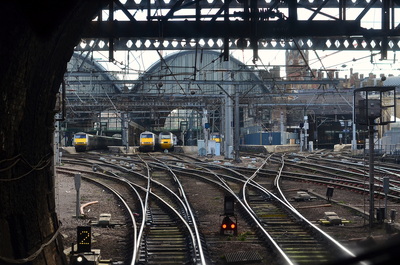 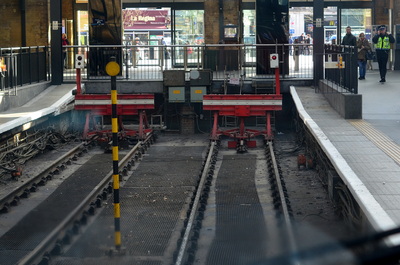 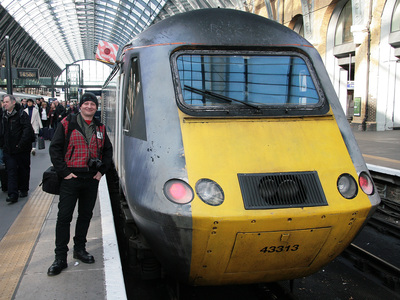 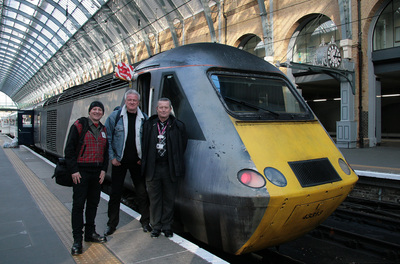 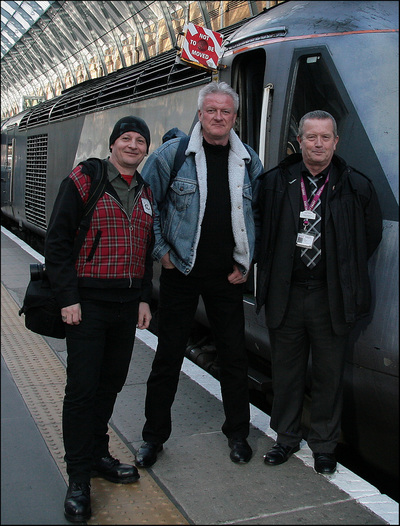 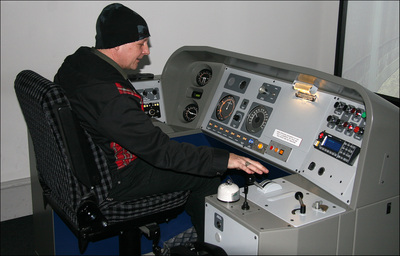