The first part of the tramway opened on 29 September 1885, a conduit line running from Cocker Street to Dean Street on Blackpool Promenade.The line was operated by the Blackpool Electric Tramway Company until 1892 when its lease expired and Blackpool Corporation took over the line. A further line was added in 1895 from Manchester Square along Lytham Road to South Shore. The tracks were extended to South Pier and a line on Station Road connecting Lytham Road to the promenade in 1897. Conduit operation, in which trams took electricity from a conduit situated below and between the tracks, though very successful in
other locations, such as town or city centres, proved to be very problematic when operated on a line so close to the coast. During bad weather, sea water would wash over the track and into the conduit where it would short circuit the traction supply and operate the circuit breakers in the power station. Even when sea water was not being washed over the tracks, sand from the beaches would be wind blown across the tracks and fill up the conduits. It was necessary to constantly remove this sand, as the addition of sea water would leave the conduits filled with wet sand which would short circuit the supply until it was removed.
In 1899 550V overhead wiring was installed and the conduit removed. In 1900 the line was extended north to Gynn Square where it linked up with the Blackpool and Fleetwood Tramroad. In 1901 The Marton loop was opened, connecting Talbot Square and Central Station along Church Street, Devonshire Square, Whitegate Drive, Waterloo Road and Central Drive. A new depot was built on Whitegate Drive in
Marton. A line was added from Talbot Square along Talbot Road to Layton in 1902. By 1903 the promenade line had reached the Pleasure Beach.
In 1920 Blackpool Corporation took over the Blackpool and Fleetwood Tramroad Company gaining eight miles (13 km) of track and three depots, two in Fleetwood and one in Bispham. The small Bold Street Depot in Fleetwood was closed and a loop constructed at Fleetwood Ferry.

BLACKPOOL TRAMWAY TODAY
The tramway runs for 11 miles (18 km) along the Fylde Coast sea front, from Starr Gate in Blackpool to the Ferry Terminus in Fleetwood and carries 6,500,000 passengers each year. During the Illuminations, specially decorated trams carry passengers on the promenade along the illuminated area, which runs from
Starr Gate to Bispham. The Flexity 2 trams now operate main services, with modified double-deck trams providing extra capacity during weekends and summer months. Unmodified, traditional trams provide a 'heritage service' on weekends, bank holidays and summer months. They only stop at special 'heritage stops', located next to the conventional tram stops. 'Heritage Trams' operate between North Pier and the Pleasure Beach. 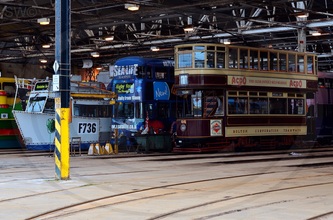 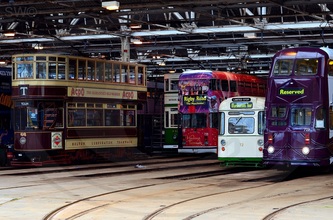 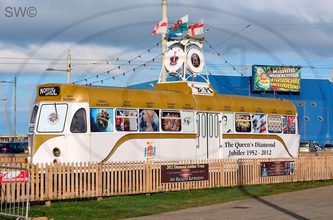 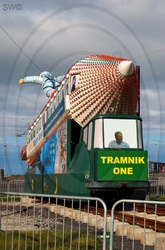 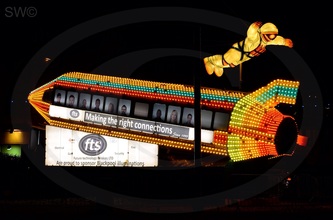 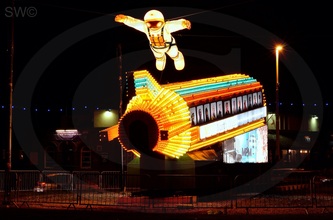 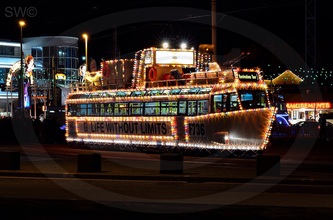 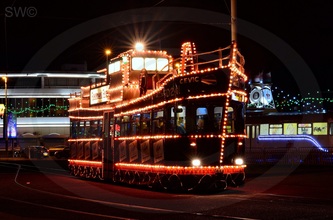 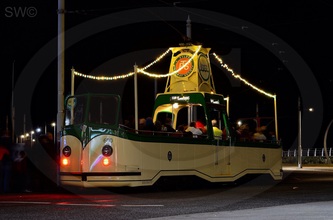 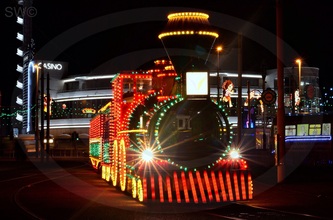 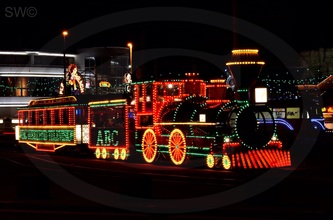 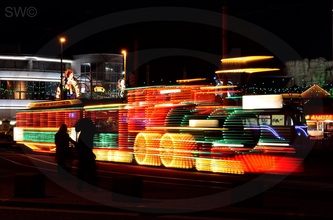 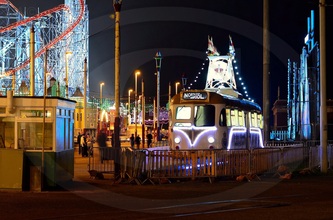 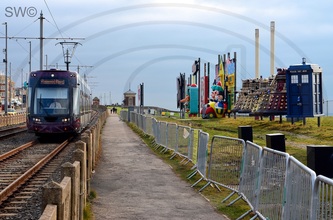 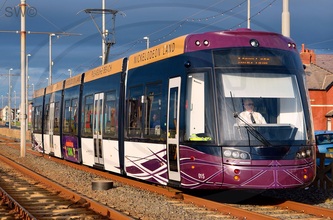 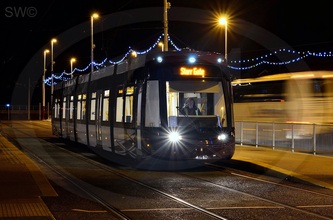 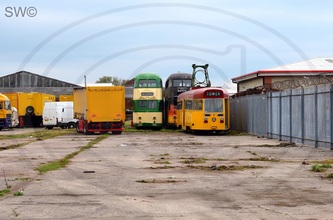 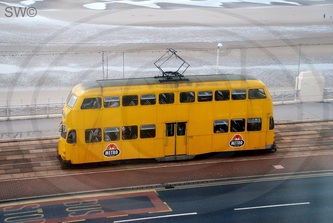 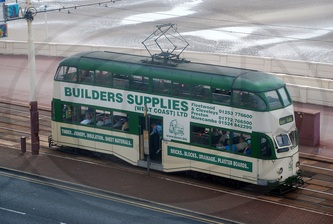 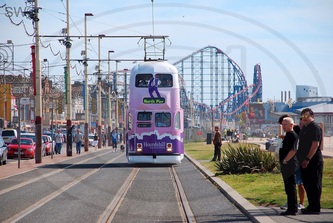 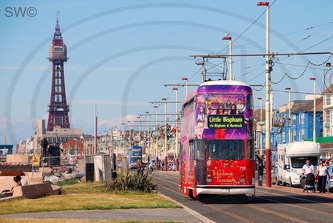 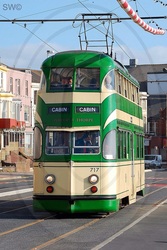 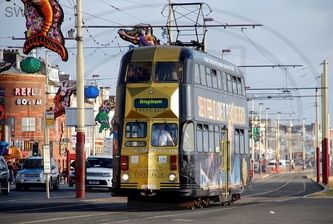 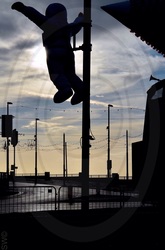 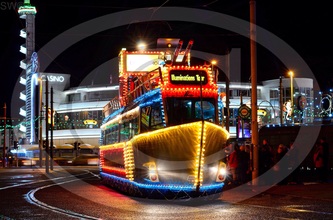