Wuppertal Schwebebahn or Wuppertal Floating Tram is a suspension railway in Wuppertal, Germany. Its full name is "Electric Elevated Railway Installation (Floating Tram). It is the oldest electric elevated railway with hanging cars in the world and is a unique system.
Designed by Eugen Langen to sell to the city of Berlin, the installation with elevated stations was built in Barmen, Elberfeld and Vohwinkel between 1897 and 1903, the first track opened in 1901.
The Schwebebahn is still in use today as a normal means of local public transport, moving 25 million
passengers annually (2008).
The suspension railway travels along a route of 13.3 kilometres (8.3 miles), at a height of about 12 metres (39 ft 4 in) above the river Wupper between Oberbarmen and Sonnborner Straße (10 kilometres (6.2 miles) and about 8 metres (26 ft 3 in) above the valley road between Sonnborner Straße and Vohwinkel (3.3 kilometres (2.1 miles). At one point the railway crosses the A46 motorway. The entire trip takes about 30 minutes.
Construction on the actual Wuppertal Schwebebahn began in 1898, overseen by the government's master
builder, Wilhelm Feldmann. On 24 October 1900, William II, German Emperor participated in a monorail trial run.
In 1901 the railway came into operation. It opened in sections: the line from Kluse to Zoo/Stadion opened on 1 March, the line to the western terminus at Vohwinkel opened on 24 May, while the line to the eastern terminus at Oberbarmen did not open until 27 June 1903. Around 19,200 tonnes of steel were used to produce the supporting frame and the train stations. The construction cost 16 million Goldmark. Since its first opening, the railway has closed once owing to severe damage from World War II, but managed to open as early as 1946.
On 10 November 2011 Wuppertaler Stadtwerke (Wuppertal City Works) signed a contract with Vossloh Kiepe to supply 31 new articulated cars to replace those built in the 1970s. The new cars will be built in Valencia, Spain. When these cars are introduced the line's power supply voltage will be raised from 600 to 750 V. 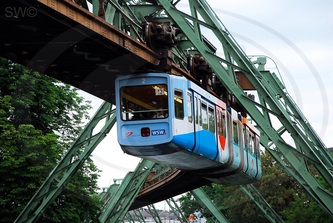 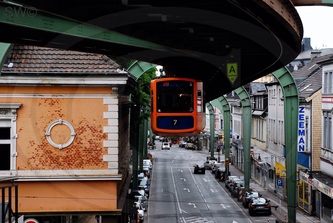 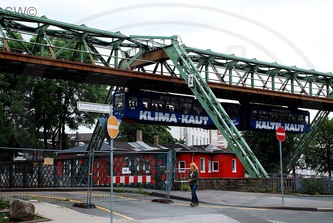 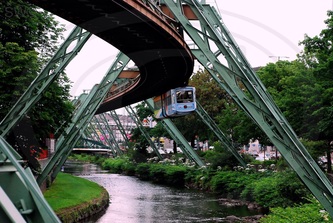 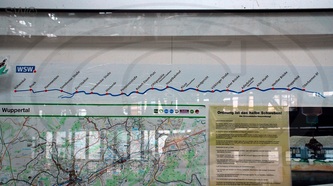 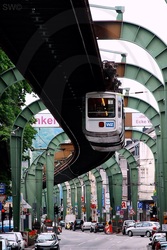 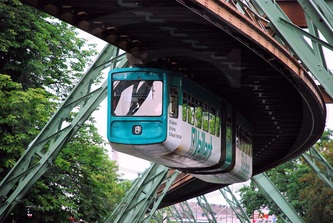 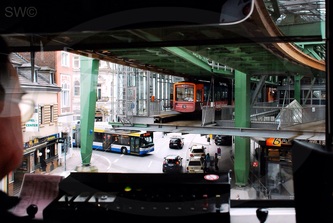