Edinburgh Trams is a tramway system which has been under construction in Edinburgh, Scotland, since 2008 but there have been several delays and cost over-runs in the construction.
On becoming operational, the trams will be operated by Edinburgh Trams Limited, a company wholly owned by the City of Edinburgh Council.
The 27 trams, built to meet TIE's specifications by Spanish rail equipment manufacturer CAF, will be bi-directional, and built with low-floor access to meet UK Rail Vehicle Access Regulations for disabled people.
Passenger capacity will be 332 with 80 seated and 252 standing.
A number of special requirements have been specified for the tram vehicles: they will have to cope with the steep slopes of Edinburgh streets, operate with low noise and offer a visual fit suitable for a World Heritage Site. The particular requirements were specified by TIE with the aim of designing an advanced tram system tailored for the needs of Edinburgh.
A full size mockup of the front of the proposed tram was constructed in 2009 and put on display on Princes Street for the public to view. On 28 April 2010, the first full-length tram was delivered to Edinburgh (Number 252), and was put on display (on its rails) at the Princes Street stop at the bottom of The Mound
until November 2010. 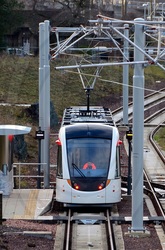 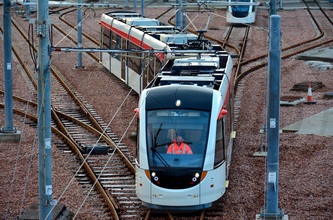 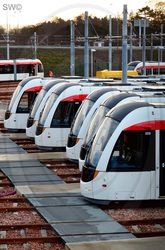 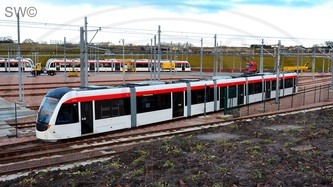 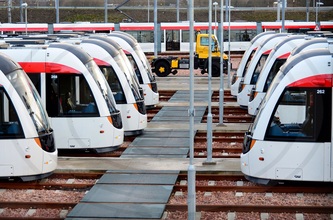 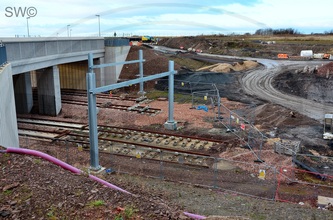 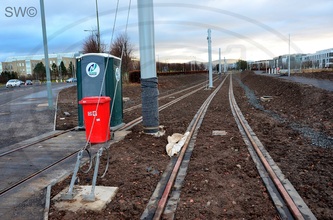 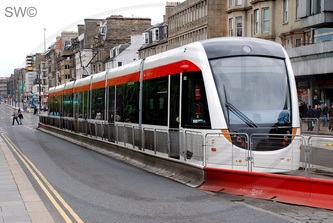 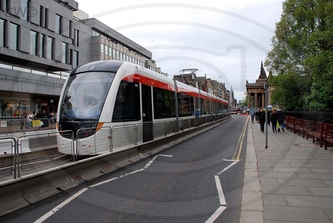 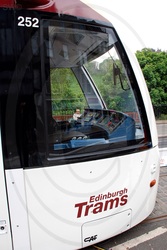 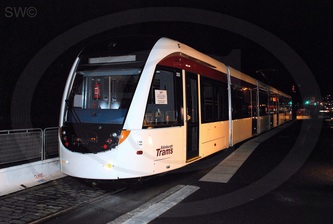 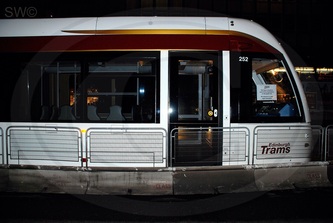